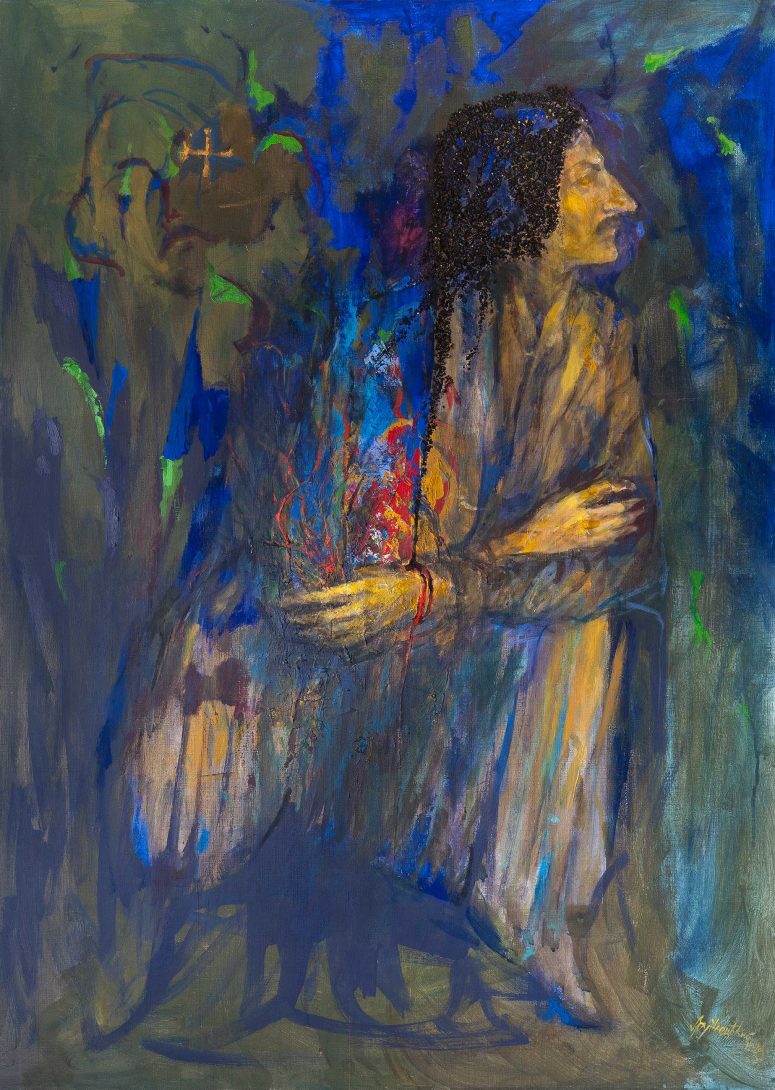 Askold Melnyczuk fascinates me with his cartography, mapping the contours of consciousness and spirit across the centuries. The spectrum of his sensibilities always delights and seduces, or provokes and puzzles. Like his Ukrainian forbearer Gogol, Melnyczuk can summon forth the grotesqueries of continental mysticism, and switch lenses to deliver his readers into a contemporary DeLillo-esque realm of cold but metaphysically ambiguous realism. He’s a literary chameleon, and irresistible.

From veteran Melnyczuk, a collection of nine stories that often explore the links between the lusty and the high-minded and that make an argument for their being not opposing values but flip sides of a coin.

The genius loci of the book is Nikolai Gogol, who figures explicitly in the last two stories (the finale, “Gogol’s Noose,” is a biographical “fantasia,” as the author calls it) and whose fascination with the links between the familiar and the grotesque, the real and the irreal or surreal, is everywhere explored and echoed. Several stories move between the New World and the Old (especially Russia and Ukraine); this is most impressively the case in the title story, which begins with the Romanovs and then ranges forward by generations, morphing eventually into an American immigrant tale. “Termites” tells of a blocked American writer who goes to the Middle East in search of something he can’t quite name or even look at squarely, and in “Walk With Us,” perhaps the most conventionally successful story, an elderly mother musingly prepares for a prison visit with her daughter, a soldier guilty of torturing prisoners. In “Embodiment,” a middle-aged actor recounts the lusts and loves that have brought him, over the decades since college, to his current predicament—mother dying, wife having decamped—and asks, “Why? To what end? Why have you been embodied?” The stories tend to be discursive and philosophical-minded, but always with a powerful link to the physical, to the tactile, homely real. “The Criminal Element” describes a scheme to kidnap a priest, but in the end it turns out that the narrator’s investment in that grand plot is half-hearted; what he really cares about is the wife who’s abandoned him, the way, as he puts it, his life keeps “shining through the fray of theory.” The story starts with highfalutin anarchy but ends, characteristically, with the sights and sounds of the everyday: the whir of the deli slicer, a fleeting lust for the woman who operates it.

Smart, complex stories that can on occasion feel diffuse but that never fail to hold the reader’s interest.